The full text of this article hosted at iucr. Department of Surgery, Thomas E. Department of Biomedical Informatics, Thomas E. Use the link below to share a full-text version of this article with your friends and colleagues. Learn more. The pathologic TNM pTNM staging system was designed to aid in determining the prognosis of cancer patients and in planning and evaluating their treatment.

The current pTNM classification system was not found to be predictive for patients undergoing orthotopic liver transplantation OLTx in the presence of hepatocellular carcinoma HCC. Therefore, the authors examined the current system to determine whether improvements would allow the development of a more predictive system. Risk factors for recurrence were identified using the Kaplan—Meier method with the log rank test.


The Cox proportional hazards model was used to identify factors independently predictive of recurrence which were then used to create a new staging system. There was neither a direct correlation between the current pTNM system and tumor free survival nor homogeneity in outcomes for patients within certain current pTNM categories.

Depth of vascular invasion, lobar distribution, lymph node status, and largest tumor size were found to be independent predictors of tumor free survival; tumor number was not found to be significant in multivariate analysis. A new staging system is proposed, which takes into account the results of the multivariate analysis in which tumor free survival correlates directly with stage. Further studies will determine the appropriateness of this system for staging HCC after subtotal hepatic resection.

The current system for staging HCC is the pathologic TNM pTNM staging system, the stated goals of which are 1 to aid the clinician in the planning of cancer treatment, 2 to give some indication of prognosis, and 3 to assist in the evaluation of treatment results. This is borne out by the plethora of reports citing an incongruous range of tumor and patient characteristics thought to be predictive of tumor recurrence. Therefore, in an effort to define a more accurate staging system, we examined patients undergoing OLTx in the presence of HCC to determine the predictability of the pTNM system as it is used currently.

Patients undergoing subtotal hepatic resection were excluded for the following reasons: 1 patients undergoing total liver replacement are the only patients for whom accurate HCC staging can be done premortem; liver resection patients often are understaged, because the entire liver is not available for examination i. Immunosuppressive regimens after OLTx were based on a standardized protocol utilizing steroids and cyclosponine and tacrolimus with or without azathioprine and mycophenilate and did not differ from that used in transplant patients without HCC.

The History of Herodotus, Volume 2 by Herodotus

Suspicious lesions in the liver or lung were biopsied. Bone lesions were not biopsied routinely but were observed for bone pain and progression of growth. A rising AFP level alone was not taken to be confirmatory of tumor recurrence. However, if the AFP level began to rise before the recurrence was documented, then the date of recurrence was taken as the time that the AFP level began to rise once tumor recurrence had been confirmed. Patient and tumor characteristics for the patients in the study are shown in Table 2. None of these patients had metastatic disease.

However, the multivariate analysis Table 4 found that depth of vascular invasion, lobar distribution of tumors, lymph node status, and greatest tumor dimension were independent predictors of tumor free survival. Tumor number was not found to be independently predictive of tumor recurrence.


Table 5 and Figure 1 show that there was no direct correlation between the current pTNM staging system for HCC and tumor free survival in this patient population. In other words, survival does not consistently decrease as the pTNM stage worsens. In fact, tumor free survival for patients with Stage II disease was found to be the highest of all the currently defined tumor stages no patients with Stage II had disease recurrence , and the same as was found by Izumi et al.

This system is based on lymph node status, metastasis, vascular invasion, tumor size, and lobar distribution of tumor. To accomplish this redefinition, all patients were grouped according to the increasing likelihood of HCC recurrence corresponding to the relative risk of all of the independent risk factors found in the multivariate analysis.

Following this regrouping, small groups were merged into larger categories provided that the tumor free survival outcomes were still homogeneous inside these larger categories. Finally, these larger categories Table 6 served as the basis for the proposed system. Although liver resection is far more common than liver transplantation, the pathologic information from transplantation, compared with resection, is better suited as the basis of the pTNM classification system for the reasons outlined above: That is, the pathologic specimens produced at resection often result in under staging, and tumor recurrence after resection cannot always be segregated accurately between de novo tumors and disease recurrence.

Unfortunately, until recently, the numbers of patients who underwent transplantation in the presence of HCC were too small to accommodate a staging system based on this patient population. In addition, it has been suggested previously that postoperative immunosuppressants required after transplantation accelerate tumor growth, 21 which was felt to preclude the use of this patient population in determining an accurate tumor staging system. However, if there are confounding effects of immunosuppression, then these effects must be distributed among all tumor stages equally; therefore, the differences between the proposed tumor stages should still hold.

Unlike our previous work, which predicted disease recurrence on an individual patient basis after OLTx, 22 the pTNM classification system functions by assigning patients categorically. Although this categoric approach simplifies the stratification of patients' prognoses and need for adjuvant treatment, it tends to generate a binary response for the entire group as a whole: treat or do not treat compared with generating an individualized treatment and prognosis response for each patient.

This group treatment approach is precisely why it is imperative that patients within each pTNM category have homogeneous outcomes, a requirement that is not satisfied by the current system. Two specific shortcomings were identified in the current pTNM staging system that account for the lack of correlation between disease stage and tumor free survival.

In the current staging system, patients with positive lymph nodes can be assigned to either Stage IIIB or Stage IV, depending on the presence or absence of other tumor characteristics. Jan 12, Lady Entropy rated it did not like it. Mar 25, Cristina Hidalgo rated it did not like it. There was zero character development and the writing had no flow. Very disappointed that I actually paid money to read this! May 16, CJ rated it really liked it.

Short, but fun. Not fully fleshed out, but show potential that further books in the series will arrive at. Feb 16, Carol rated it it was ok Shelves: paranormal-romance , vampire-romance. 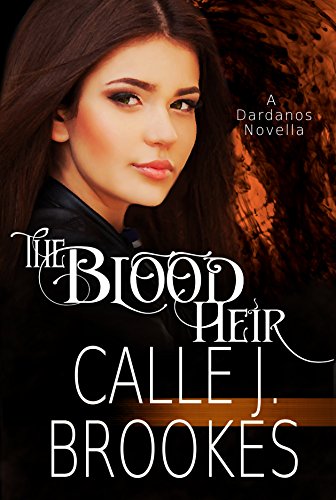 I wish I'd checked the length of this before I started. This is not a novel, it's not even a novella.

It's more like a few chapters and then the author got bored and just stopped. There was no ending!

Not even one of those annoying cliffhangers. It just stopped in the weirdest place.

In this book, that just didn't really happen. What really annoyed me though was the fact that what there was of the story was good! The style of writing was good as was the story line although it could have used a more detailed plot.

There was so much potential here. If only it had been developed properly. Jul 05, Susan Bartlett rated it it was ok.