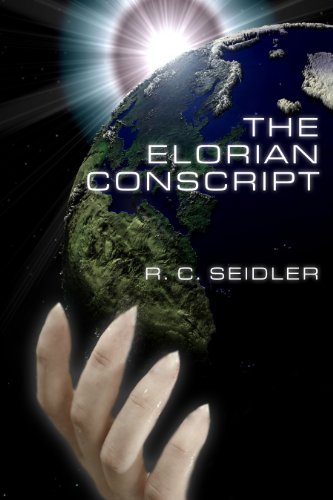 
Athris The barbarian lands of Athris. A relatively recent union, the country of Athris is home to some of the most inhospitable climates on the planet.

Frigid peaks, frozen forests and lakes of ice cover most of the land, forcing most of the population here to the southern borderlands, where they carve their cities into the sides of the Dragonwing Spires to shelter themselves from the near-constant snowfalls. Within the capital city Hakiholm , the leaders of a prominent dragon worshiping religious sect known as Servants of the Wing house themselves, serving as the moral compass of the country, effectively rendering the current king obsolete.

Ciona The stronghold country of Ciona. The elder of the two Serdian vassal states, Ciona is lead by a board-elected military leader who holds near-absolute power over the country due to a high conscription rate.

Most men and women of a good constitution are conscripted into a mandatory 6-year military service obligation upon reaching maturity, so it is uncommon to see younger generations without weapon and armor present. Excelling in defense and protection, the Cionian military is often contracted for escort missions when crossing the Castimelea Ocean is necessary. Evech The luxurious coastal country of Evech.

The newest and smallest country, it is the most recent addition to the Greater Serdian Alliance , and serves as a vassal to the country of Serdius alongside Ciona. Its military, though small, is adeptly capable at the use of naval warfare and its high mobility has lead to it being used for surgical strikes against the pirate isles to remove threatening encampments and to facilitate the safe passage of ships under the guard of Cionian escort forces. Additionally, Evech has been charged with defending the Burning Cross from Mausium incursions, and although none have yet been attempted, Evech military forces maintain a strong presence there.

Mausium The coastal military nation of Mausium. The fourth oldest country, Mausium has recently undergone a radical shift in its attitude toward its neighbors and has adopted a far more militarily aggressive stance in regards to political discords. Mausium is seen as a highly patriotic country, and Mausium citizens see insults to Mausium culture as personal affronts. Currently, tensions are rising between Mausium and the Susia-Porthca alliance over the use of the Susian Channel.


Originally part of the Empire of Susia, local merchants pooled their money, bought their independence and founded a country of their own, using the trade routes they had already established to fund it. One of the wealthiest countries, it maintains a strong monopoly on eastern trade with the Greater Serdian Alliance using Evech as a landing point.

After negotiations with Mausium over the use of the Susian Channel soured, an alliance with formed with Susia and the two now guard their respective sides of the channel. Serdius The powerfully influential empire of Serdius. The oldest known empire, with records of its existence going back thousands of years to an age where non-elf races were still languageless savages, it is the only empire where skillful use of magic or sword are equally prized.

The head of the Greater Serdian Alliance , all military and political operations carried out by its vassal states Ciona and Evech are made with the nod of Serdian leadership, and rarely will it dispatch its own forces to deal with anything not immediately threatening. Notify me. Description This novel is an action-packed science fiction fantasy thriller. It is a fast paced page turner with great characters and plot twists that give pause for thought.

Set in modern times, the story spans the universe as an epic battle between good and evil unfolds.

The Elorian Conscript by R.C. Seidler

The first part of a trilogy, the story offers more than opera; it generates questions about humans as a species, deliberately ignores the fact that artificial racial boundaries exist, and takes a hard look at a possible future. It asks questions about the true nature of progress viewed from several perspectives. Are you ready to leave Earth behind and travel to the stars?

The wheels have started to turn. The alarms are sounding. Prophesy is unfolding. The Elorians are up to something! Once again! Strap in and cinch tight. Lock and load. Watch your back! Bestsellers in Science Fiction. The Testaments Margaret Atwood. Add to basket. Strange Planet Nathan W.

Fully enjoyed this. LitRPG can get same old same old. But this is a slightly new take on the entry to a RPG game. I love Nick Podehl, when I'm not sure what to listen to next he is one of my first searches to look for something new. Nick, is in my opinion the best I have heard on Audible. This one is short however. The main draw being; it's Nick Podehl narrating. I really like the story here Although you do have to get past the first hour before the LitRPG actually starts. It might seem harsh to knock the beginning of any LitRPG, but essentially they're all about explaining how and why we're here in this game and can't get out.

Get past it and the actual story begins.

Playing as an NPC is a nice novelty and I really enjoyed the characters that we learn to love as our heroes friends, each beautifully brought to life by Nick Podehl, increase in strength and power together. It's shown early on what the goal of the main character is and how he's going to get there.

The level ups are well written, especially as our MC, even though he punches above his weight in several places are well received. The increasing items and crafting abilities and power add to the feeling of a real RPG. Finally, the writer seems to understand how to write a good book as well, having those human moments throughout which we can all relate to. Sometimes funny, sometimes touching, sometimes cringey.

But all on purpose. It's good, well played. Distinctly brings out the individuality of the characters in the story. Tone use of voice matches perfectly with the situation, keeps listener engaged. I usually spend my credits in long books, but this one was much better then most of the longer LitRPGs. The story telling was interesting and the protagonist acted like his background of nobility unlike some books where the protagonist acts like a teenager from earth despite not being one.

I really enjoyed listening to this book, give it a try is my recommendation. This is a different adventure as our MC is part of a resistance but when he attempts to escape from a vile deapot he finds himself trapped in an RPG game. Everything changes as he leads a new resistance against the Heroes who slaughter those he had come to care for. A Common theme but from such an unexpected viewpoint i wasn't too sure if i would like it.

Such is the writing and skill used to ensnare the listener that we are soon supporting the Trolls and Dubgeon creatures against all manner of heroes, Internal politics and The ever present first threat from our MCs world. Narration is flawless as you would expect from Podehl and helps the story along easily.

At first thought it wasn't a litrpg then it was. I won't spoil it. An enjoyable take on the LitRPG genre. The main character is from a fantasy world and has no idea what a video game until he is thrust into one. Combined with the fact that he takes the place of a monster allows this book to avoid many of the issues that other LitRPG books can have. I really enjoyed the first chapter or so, then struggled with the world development part and was, honestly, a little bored.

Narrator is the best I've listened to on audible and played the characters perfectly, the book starts a bit hectic and is a bit hard to follow at the beginning but stick with it and your wont be disappointed. The author has a very unique take on the game world and the magic system is fantastic.

Characters are engaging and you care about them quickly. Defiantly worth the read.

The Elorian Conscript by Robert Seidler

Not that he even knows what a video game is. It helps that the players are a pretty realistic representation of real gamers. Self-important, entitled assholes in other words.


I've been getting this as a suggestion to read for months and now that I did, I'm underwhelmed. There are a few things that make this series stand out. I like the guy from a pure fantasy world tossed into a video game world concept, I like that respawning is a dangerous prospect. Especially for the monsters.